The HNR Grue-Crew balance the zany sci-fi train-wreckÂ Jupiter AscendingÂ against the rollicking horror filmÂ Zombie Killers: Elephant’s GraveyardÂ on this week’s episode. On one side we have Channing Tatum, Mila Kunis and Eddie Redmayne; while on the other, we have Billy Zane, Dee Wallace and Mischa Barton. Who comes out ahead, The Wachowskis or Harrison Smith?

DaveÂ sharesÂ the horror news of the week with news aboutÂ The Walking Dead, PoltergeistÂ andÂ Martyrs.Â The Black Saint fights to survive another round ofÂ Stump the Saint.Â

Co-hostsÂ Doc Rotten,Â Santos (The Black Saint) Ellin Jr.,Â Dave Dreher,Â Thomas MarianiÂ andÂ Vixen, the voice of reason, are back again this week to give you the best in horror as they recap, review and obliterate all that is horror this week! Also, the prizes keep coming:Â HNR teams up with Anchor Bay EntertainmentÂ featuring the Blu-Ray ofÂ Fear ClinicÂ and Magnolia Home Entertainment join in to provide a new DVD giveaway for the horror anthologyÂ The ABCs of Death 2!Â

Channing Tatum, sporting elf ears and wearing glider boots, falls for Mila Kunis a reincarnation of a long dead queen from outer space who is set to inherit the Earth. Meanwhile Eddie Redmayne will stop at nothing to prevent this from happening. Let the fun begin! It’s the review ofÂ Jupiter AscendingÂ from the Wachowskis, the team behindÂ The Matrix.

Billy Zane leads the cast in a zombie film about a town of survivors dealing not only with the oncoming onslaught of the walking dead, but a corrupt leader who banishes the weak so the strong can survive. The Black Saint, Dave Dreher and Doc Rotten reviewÂ Zombie Killers: Elephant’s Graveyard, the film HNR recently gave away to a pair of Horror News Radio listeners thanks to the kind folks at Anchor Bay Entertainment. 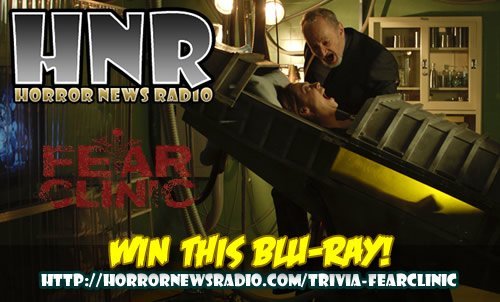 Horror News Radio is once again teaming up with Anchor Bay Entertainment to hand out two Blu-Ray copies ofÂ Fear Clinic. The film from director Robert G. HallÂ and stars Robert Englund, Fiona Dourif and Thomas Dekker. Entries will be accepted until Midnight (Eastern Standard Time), Â February 15, 2015. All you need to do is complete the The Black Saint’s HNR Horror Trivia Question atÂ this link. The Anchor Bay Entertainment Fear ClinicÂ Blu-RayÂ giveaway is open to US addresses only. 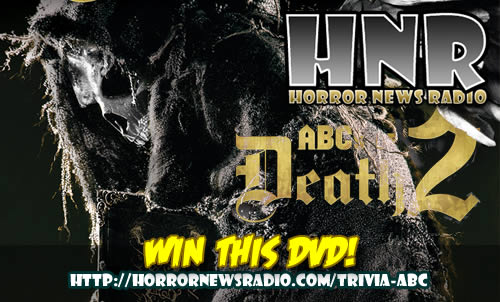 Horror News Radio is teaming up with Magnolia HomeÂ Entertainment to hand out a DVDÂ copy ofÂ ABCs of Death 2. 26 new directors, 26 new ways to die. Entries will be accepted until Midnight (Eastern Standard Time), Â February 22, 2015. All you need to do is complete the The Black Saint’s HNR Horror Trivia Question atÂ this link. The Anchor Bay Entertainment Fear ClinicÂ Blu-RayÂ giveaway is open to US addresses only and only to ages 18 and over.

Dave sharesÂ the Horror News of the Week with news of the return ofÂ The Walking DeadÂ and the shocking death of a beloved character. Stills, poster and trailer for the upcoming remake ofÂ PoltergeistÂ finally hit the internet. Adam Wingard returns to horror withÂ The Woods. Leaks from overseas suggest that Blumhouse has already completed work on the remake ofÂ Martyrs. And, finally, the nextÂ HalloweenÂ film finally has its futureÂ set withÂ Patrick Melton and Marcus Dunstan signing on to write the script.

LAST NIGHT IN SOHO (2021) Reaction and Review | Spellbinding, Horror with Class and Style

http://traffic.libsyn.com/docrotten/HNN146-Martyrs.mp3Podcast: Play in new window | DownloadSubscribe: RSSBlumhouse delivers MARTYRS, a remake of the French film of the same name from 2008 fromÂ Pascal Laugier – a film that helped usher […]

As Above, So BelowÂ (2014)Â fails to make an impression at the box office and leaves Santos underwhelmed. Doc, on the other hand, fights for the film in a heated discussion about […]