GodzillaÂ (2014) is the hottest monster film of the summer of 2014 with an epic battle between the King of the Monsters and a pair of kaiju creatures called M.U.T.O.Â SFX Artist Vincent Guastini (Monsters TV, Dogma, VHS 3: Viral) joins the grue-crew to take a bite out of the mammoth $93 million haul the film earned its opening weekend. Vincent with Dave and Santos at this side roars “I want more Godzilla in my Godzilla movies” as Doc and Vixen try to champion the film. It’s up to young maverick Thomas Mariani to keep things in check. Yeah, it’s trouble. The best kind!

Co-hostsÂ Doc Rotten,Â Santos (The Black Saint) Ellin Jr.,Â Dave Dreher,Â Thomas Mariani and Vixen are back again this week to give you the best in horror as they recap, review and obliterate all that is horror this week!Â  The Black Saint’s Horror Trivia Contest continues this week with the Insight Editions’ latest bookÂ Godzilla: The Art of Destruction.

Godzilla (2014)
Years in the making from the announcement of Gareth Edwards (Monsters) Â taking on the directing chores to hints of Godzilla’s design at Comic Con 2013 to this year’s incredibly effective marketing campaign, Godzilla (2014) is the ultimate example of a roller coaster ride of nervous anticipation. Will a U.S. backed studio get Godzilla right? The film is out and killing it at the box office to cheers and jeers.Â SFX Artist Vincent Guastini joins the regular crew to review and recap the film tackling the plot, the design of Godzilla, the other kaiju and the epic battle of San Francisco.

Horror News of the Week for 05/19/2014
Dave Dreher Â shares the Horror News of the Week beginning with news of the monster sized 15 disc Blu-Ray set ofÂ HalloweenÂ series of films. Doc is excited to hear thatÂ OculusÂ director Mike Flanagan is pegged to direct the adaptation of the Stephen King novel,Â Gerald’s Game. Sean Cunningham is creatively letting bits and pieces of his plans for theÂ Friday the 13thÂ TV series out and about. In TV news, CBS is pimping their showÂ StalkerÂ and TNT is jumping into the genre business withÂ The ShopÂ which follows the characters introduced inÂ FirestarterÂ by Stephen King. Rob Zombies is beginning the marketing on his next feature calledÂ 31.

Insight Editions Book Giveaway – Godzilla: The Art of Destruction (2014)
Horror News Radio is teaming up withÂ Insight EditionsÂ Â to provide a monster book giveaway for their filmÂ Godzilla: The Art of Destruction.Â The book launches May 13, 2014.Â Entries will be accepted until Midnight (Eastern Standard Time), May 25, 2014. All you need to do is complete the The Black Saint’s HNR Horror Trivia Question at this address:Â https://horrornewsradio.com/trivia-godzilla. The book giveaway is open to US addresses only. 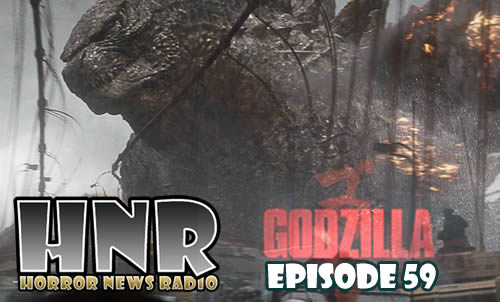 http://traffic.libsyn.com/docrotten/HNR291-HouseClockWall-Slice.mp3Podcast: Play in new window | DownloadSubscribe: Android | RSSWhat’s this? A new TV trailer reveals Jack Black will return as R.L. Stein in Goosebumps 2: Haunted Halloween. The Grue-Crew review the “other” Jack Black family-friendly horror film A House with a Clock in Its Walls from director…Eli Roth. And, look for the “Worth Watching” […]

The Quiet OnesÂ ushers the return of Hammer Films to the theaters after the success of their last filmÂ The Woman in Black. Doc and Santos dig the Seventies feels and Vixen returns to share her thoughts on the first horror film she has seen where she did not have to cover her eyes. Yeah, there is […]