Edge of TomorrowÂ (2014) may have flopped at the weekend box office but the HNR crew are generally enthusiastic about the film, its humor and Emily Blunt. Doug Liman directs and Tom Cruise stars along with Bill Paxton and Brendan Gleeson.

Dave ramps up the news of the week withÂ Harbinger Down,Â The StandÂ and Rob Zombie while Santos continues with HNR’s newest segment of the show,Â Stump the Saint,Â featuring horror trivia questions provided by you, the Horror News Radio listener!

Co-hostsÂ Doc Rotten,Â Santos (The Black Saint) Ellin Jr.,Â Dave DreherÂ andÂ Thomas Mariani are back again this week to give you the best in horror as they recap, review and obliterate all that is horror this week! Â Be on the lookout for the HNR crew at theÂ Bizarre ACÂ horror convention in Atlantic City, New Jersey June 13-15, 2014 andÂ MonsterConÂ toy and comic convention in Greenville, South Carolina July 18-20, 2014.

Edge of Tomorrow (2014)
Tom Cruise and Emily Blunt headline the sci-fi epic from director Doug Liman,Â Edge of Tomorrow, fascinating and thrilling the HNR crew in the process. Well, except Dave who did not get to see it and Santos who was not satisfied with the ending in the slightest. Live. Die. Repeat.

Horror News of the Week for 06/09/2014
Dave Dreher Â shares the Horror News of the Week beginning with news ofÂ The Fault in Our StarsÂ director Josh Boone tackling the 3hr feature film adaptation of Stephen King’sÂ The Stand. The sequel that will not go away, this week brings more rumblings aboutÂ Ghostbusters 3. Dave is far more interested in the news ofÂ Pacific Rim 2Â even if Santos is not amused. The trailer forÂ Harbinger DownÂ promises some awesome practical effects ala Carpenter’sÂ The Thing. Rob Zombie continues to makes the news with the announcement of bringing his nightmare road show to Phoenix. 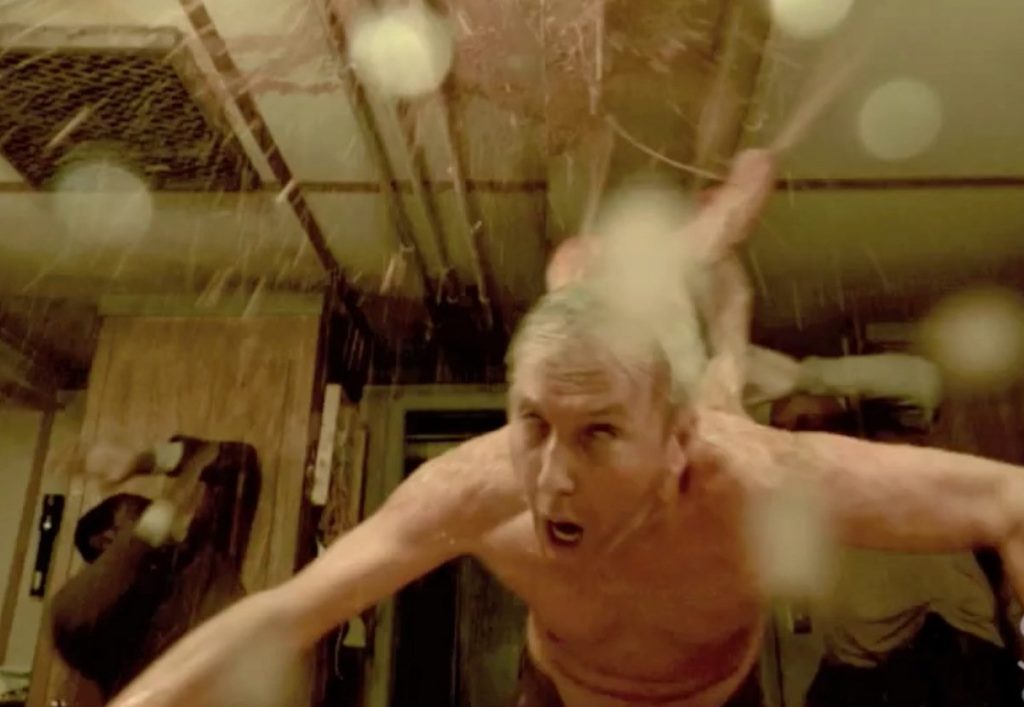 Stump the Saint for 06/02/2014
Santos Ellin Jr. is a horror historian, leading the country in horror trivia on the Quiz Up online game. He steps up to challenge you, the HNR listener to stump with trivia. Thus,Â Stump the SaintÂ is born. The segment continues with three challenging questions from Peter V., TJ Fowler and Christopher G. Moore. Now it is Â your turn, go toÂ https://horrornewsradio.com/triviaÂ to submit your question toÂ Stump the Saint. 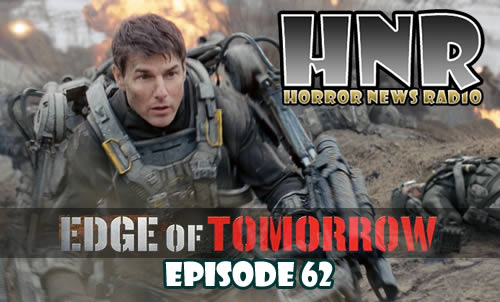 As Above, So BelowÂ (2014)Â fails to make an impression at the box office and leaves Santos underwhelmed. Doc, on the other hand, fights for the film in a heated discussion about the Dowdle Brothers, Perdita Weeks and found footage. The film gets the full-on HNR treatment. DaveÂ sharesÂ the horror news of the weekÂ with information aboutÂ Lars Von Trier, […]

HoneymoonÂ (2014)Â spins the tale of a pair of newly weds heading to a mountain cabin for a week of bliss but discover something terrifyingly horrible instead. The Black Saint discovers a temporary cure for insomnia. Dwerp! Dave (scratch that, Thomas) sharesÂ the horror news of the weekÂ with news of remake after remake after remake. Doc subjects the […]

http://traffic.libsyn.com/docrotten/HNR281-DevilAndFatherAmorth.mp3Podcast: Play in new window | DownloadSubscribe: RSSDoctor SleepÂ casts itsÂ Wendy TorrenceÂ and Dick Holloran. Did Venom finally get a trailer to get excited about? Arrow and Kino LorborÂ release some killer Blu-rays including Schlock, City of the Living Dead, and Trilogy of Terror. And, Christopher,Â Vanessa,Â and Doc discuss the William Friedkin directed documentaryÂ The Devil and Father Amorth. Join […]

https://traffic.libsyn.com/secure/docrotten/HNR473-Paranormal_Activity_Next_of_K.mp3Podcast: Play in new window | DownloadSubscribe: RSSOn episode 473 of Horror News Radio: The Grue-Crew review… PARANORMAL ACTIVITY: NEXT OF KIN (2021). Warning: possible spoilers after the initial impressions! Be sure to subscribe to the Gruesome Magazine YouTube channel to catch all the HNR episodes. This is HORROR NEWS RADIO, the official GRUESOME MAGAZINE […]