Dawn of the Planet of the ApesÂ (2014) is the best example of a sequel done right! It perfectly expands and extends the marvelousÂ Rise of the Planet of the ApesÂ and intelligently provides the audience with a remarkable blend of action, drama, conflict and spectacle. The grue-crew gather to discuss the film and push for recognition ofÂ Andy Sirkis’ Oscar-worthy performance as Caesar.

Dave ramps up the news of the week with reaction to the teaser trailer forÂ HornsÂ and news ofÂ Suburban Gothic. Thomas shares his mixed review ofÂ The StrainÂ in this week’s What You Have Been Watching segment while Doc champions the show and Santos despises it. Oh, the drama!

Co-hostsÂ Doc Rotten,Â Santos (The Black Saint) Ellin Jr.,Â Dave Dreher,Â Thomas Mariani and Vixen, the voice of reason, are back again this week to give you the best in horror as they recap, review and obliterate all that is horror this week! Â Be on the lookout for the HNR crew atÂ MonsterConÂ toy and comic convention in Greenville, South Carolina July 18-20, 2014.

Dawn of the Planet of the Apes (2014)
Director Matt Reeves accomplishes with the sequelÂ Dawn of the Planet of the ApesÂ what most other sequels never even approach, he makes a better film. Empires Strikes Back, The Godfather II, the list that includes these films is incredibly short. To no one’s surprise, Doc, Dave, Santos, Thomas and Vixen all praise the film for its remarkable effects, it’s incredible performance from Andy Sirkis and it’s deceptively simple story that is thoroughly engrossing, compelling and fascinating. Check out this great discussion.

Horror News of the Week for 07/14/2014
Dave Dreher Â shares the Horror News of the Week beginning with news the first teaser trailer from Alex Aja’s adaptation of Joe Hill’sÂ Horns. Then the grew-crew have issues with the changes to Robert Englund’s “final” public appearance in Freddy make-up fromÂ A Nightmare on Elm Street. Speaking of Matt Reeves, Dave reveals his intentions to filmÂ The Invisible Woman. Director Richard Bates (Excision) is back in the news with the trailer for his upcoming filmÂ Suburban Gothic. The El Rey Network TV show,Â From Dusk Till Dawn, is getting its own haunted house treatment within this year’s Halloween Horror Nights at Universal Studios theme parks.

What Have You Been Watching: The Strain (FX – Season 1 – 7/13/2014)
Thomas chimes in with his opinions on the hit FX television adaptation ofÂ The StrainÂ from Guillermo del Toro, Chuck Hogan and showrunner Carlton Cuse. Thomas provides a mixed review harping on the weak character development but enjoying the more graphic horror elements. Santos pretty much poops on the whole show while Doc suggests everyone listen to he and Dave reviewing each episode on theÂ Horror News TV The Strain Fan Podcast. 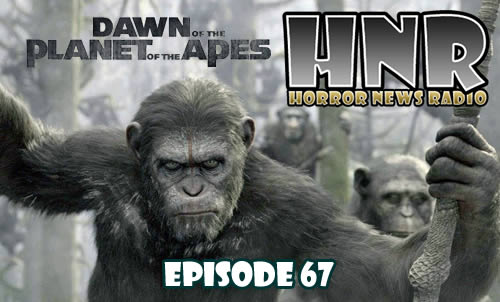 http://traffic.libsyn.com/docrotten/HNN169-TheShallows.mp3Podcast: Play in new window | DownloadSubscribe: Android | RSSNot many shark films can stand beside Jaws as a great film featuring a killer great white or his finned friends. The Grue-crew wade out to the theaters this weekend to determine if THE SHALLOWS from directorÂ Jaume Collet-Serra can claim one of those coveted positions. All […]

http://traffic.libsyn.com/docrotten/HNR333_Crawl.mp3Podcast: Play in new window | DownloadSubscribe: Android | RSSThis week on Horror News Radio: Blumhouse and Universal sign their INVISIBLE MAN…, Rob Zombie and the Firefly Family return in 3 FROM HELL…, … and the Grue-Crew review… CRAWL! This is HORROR NEWS RADIO, the official GRUESOME MAGAZINE podcast. Back with Doc Rotten once again […]

It’s time to discuss the bestÂ horror films of the year, theÂ top of the heap forÂ 2014. The HNR grue-crew, who have often declared that 2014 was a rough year for horror, are happy to focus on the films that succeeded, entertained or impressed. Let’s take a look back at 2014 to call out some of the […]