Dracula UntoldÂ (2014),Â ExtraterrestrialÂ (2014) andÂ The Walking DeadÂ season 5 premiere are all lined up for discussion tonight as the grue-crew review both films and the hit AMC television program. Dave and Doc also provide the weeklyÂ Z NationÂ update.

DaveÂ sharesÂ the horror news of the weekÂ with a barrage of television updates aboutÂ American Horror Story: Freak Show,Â The Following,Â Resident EvilÂ andÂ The Other DeadÂ on Animal Planet.

Co-hostsÂ Doc Rotten,Â Santos (The Black Saint) Ellin Jr.,Â Dave Dreher,Â Thomas Mariani and Vixen, the voice of reason, are back again this week to give you the best in horror as they recap, review and obliterate all that is horror this week! Â This week we announce that it isÂ time to remind you about theÂ contest to win a fantastic Halloween mask from Ghoulish Productions.

Universal begins its attempt to wrangle its stable of “monsters” into a shared property, a share franchise, much like The Avengers, with the release of Dracula Untold. The grue-crew have been dreading this film for sometime, even jokingly labeling the film Dracula Unseen. Aside from Dave, who may have been literally offended by the film, the reviews are surprising positive but with reservations. Horror? No, not at all. Action film? Yeah, Doc and Thomas even suggest it is closer to a superhero film. Twists and turns, baby. 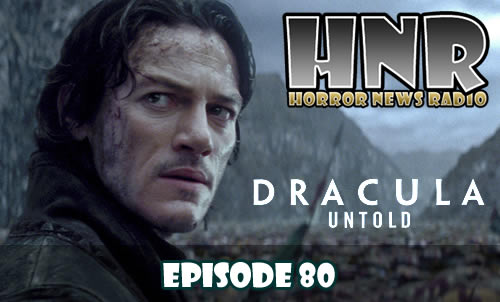 What Have You Been Watching: The Walking Dead Season 5

Terminus, oh, my. That story is continued in the season 5 premiere of The Walking Dead in surprising and exciting ways. With 17 million plus viewers, The Walking Dead kills its start this year with gore, action and powerful emotion. And a surprise or three. Yes, even Thomas was seduced into watching this episode. 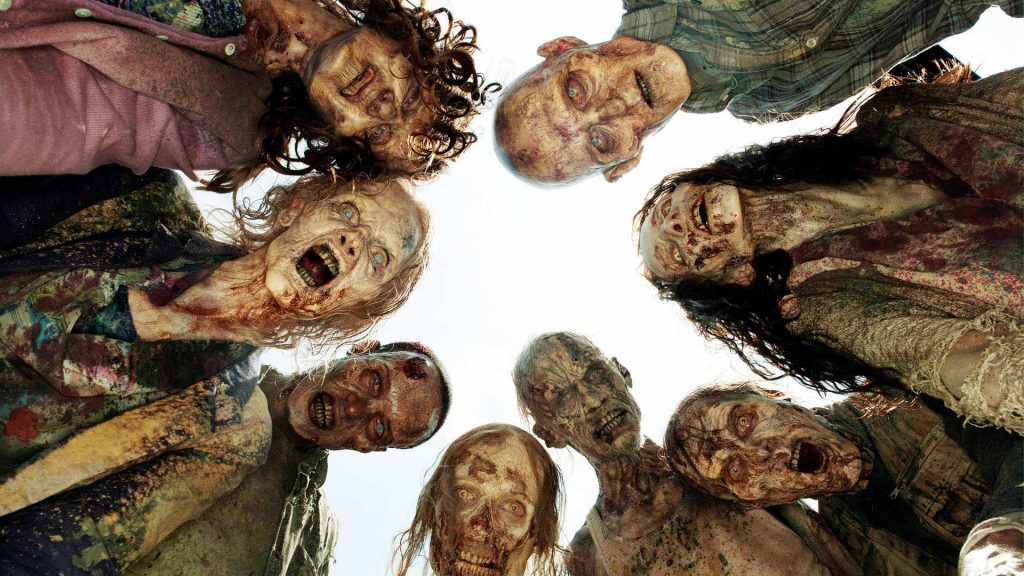 What Have You Been Watching: Busan International Film Festival

Joseph Perry returns as the HNR man-on-the-street, or better yet man-abroad, as he provides the first report from the popular Busan International Film Festival. The films covered this week areÂ Live TV from South Korea and Ghost Rituals from Malaysia.

Doc admits to being a fan of The Vicious Brothers, the directing team behind Grave Encounters. They are back with a sci-fi horror mash up with aliens and cabin in the woods blend of action, shocks, gore and humor. The film is called Extraterrestrial featuring the ever popular Michael Ironside in a cameo/supporting role. The film gets a seal of approval from The Black Saint.

Dave returns to bring youÂ the Horror News of the Week with news of a potential Resident Evil TV series in the works. Both American Horror Story: Freak Show and The Walking Dead debuted so strongly that each immediately received orders for their next seasons, to no ones surprise. Animal Planet is getting into the zombie craze with a series called The Other Dead. The Following displayed a promo trailer for season 3 at NYCC. The Butchers is looking to bring back all the infamous serial killers in one film.

Horror News Radio is teaming up with Ghoulish Productions out of Atlanta, GA to give away an awesome and gruesome MASK just in time for Halloween! Check out the visual forÂ BLURP CHARLIE!Â Oh, my! Fantastic! The contest is open untilÂ Midnight,Â Sunday October 19, 2014 (EST) to enter. Just head over toÂ https://horrornewsradio.com/trivia-ghoulishÂ for the change to win this incredible prize. The contest is open to US addresses only. But! Ghoulish Production is also offering an exclusivecoupon for all HNR listeners to save 10% off your entire order, just type in the coupon codeÂ HNRÂ to get your discount! Just head over toÂ http://www.ghoulishproductions.comÂ to check out all the kick ass masks.

The Grue Crew – or what’s left of them – is pretty out of it after another exhaustive weekend at DragonCon in Atlanta. Yes, the massive convention was enough to wipe out Doc Rotten, but Thomas Mariani steps in just in time along with fellow DragonCon Horror Track contributors Christopher G. Moore and Bill Mulligan! […]

http://traffic.libsyn.com/docrotten/HNN042-DevilsDue.mp3Podcast: Play in new window | DownloadSubscribe: Android | RSSDevil’s DueÂ not only tries to bring on the apocalypse, the end of the world as we know it, but it also tries to kill off the entire found footage sub-genre. It is so god-awful, it has Thomas in fumes and Santos ranting and Doc nearly in […]