Fans of theÂ [REC]Â series rejoice, Doc, The Black Saint, Dave, Thomas and Vixen review the fourth in the franchise,Â [REC] 4: Apocalypse. Angela returns to the series as she is taken aboard an oil tanker to be examined and probed. Will the film live up to the first two films – classics in their own right – or, will it tumble likeÂ [REC] 3Â (even though Doc enjoys the hell out of that film)?

DaveÂ sharesÂ the horror news of the week with news aboutÂ Tales of Halloween,Â Friday the 13thÂ andÂ Stab.Â The entire grue-crew take a look aÂ The Scarehouse, the film The Black Saint put on his Top 10 of 2014.

Angela (Manuela Velasco fromÂ [REC]Â &Â [REC] 2) returns to the franchiseÂ only to find herself trapped on an Oil Tanker at sea where she is examine and probed. The scientists on board are looking for a cure for the rage virus that attacked the apartment complex and the wedding fromÂ [REC] 3. But all is not as it seems. Opinions on the film vary as the HNR gang takes a long look at what sailedÂ and what sunk in the fourth addition to the [REC] franchise.

What Have You Been Watching:Â The Scarehouse (2014)Â

Ever since The Black Saint putÂ The ScarehouseÂ on his top 10 list of 2014, everyone’s curiosity is abuzz on what this film is all about. Thanks to director Gavin Michael Booth, the Grue-Crew is now prepared to give their thoughts on this independent horror feature just in time for it to be released on DVD and VOD. Straight up, the gang reacts favorably to the film praising its script, production and the two leads.Â The ScarehouseÂ gets an HNR recommendation. 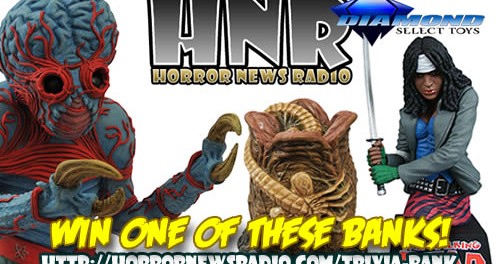 The Grue Crew along with guest Yonathan Habtemichael return to the Marvel Cinematic Universe for a tour through Wakanda as they discuss Black Panther. After making a splash inÂ Captain America: […]

SDCCÂ Â (2014)Â reigns supreme overÂ the weekend of 7-17 through 7-20 where the stars, creators, writers and directors of every active and future project known to nerd was on hand to promote, announce […]

http://traffic.libsyn.com/docrotten/HNR308-Glass.mp3Podcast: Play in new window | DownloadSubscribe: RSSGhostheads, including but not limited to cohost Vanessa Thompson, wa thrilled to discover that a new GHOSTBUSTERS film is in the works, more […]