The HNR grue-crew tackle a pair of low budget winners, the Australian zombie film Wyrmwood and the werewolf film Late Phases. Each film has its own personality and bring interesting approaches and twists to their respective sub-genres. And look for the influences in both films from Sam Raimi to George Miller to John Landis.

DaveÂ sharesÂ the horror news of the week with the skinnyÂ about a possible Alien sequel from Neill Blomkamp, Judith O’Dea in a Night of the Living Dead re-imagining and Bruce Campbell has more to share about the upcoming Ash vs the Evil Dead TV show.Â HNR proudly brings another horror fan to the forefront with this week’s Listener Spotlight about Chad Hunt.

Co-hostsÂ Doc Rotten,Â Santos (The Black Saint) Ellin Jr.,Â Dave Dreher,Â Thomas MarianiÂ andÂ Vixen, the voice of reason, are back again this week to give you the best in horror as they recap, review and obliterate all that is horror this week! Also, the prizes keep coming:Â HNR teams up with Dr. ACÂ featuring the incredible bookÂ Hidden HorrorÂ and Magnolia Home Entertainment joins in to announce the winner of theÂ DVD giveaway for the horror anthologyÂ The ABCs of Death 2!Â 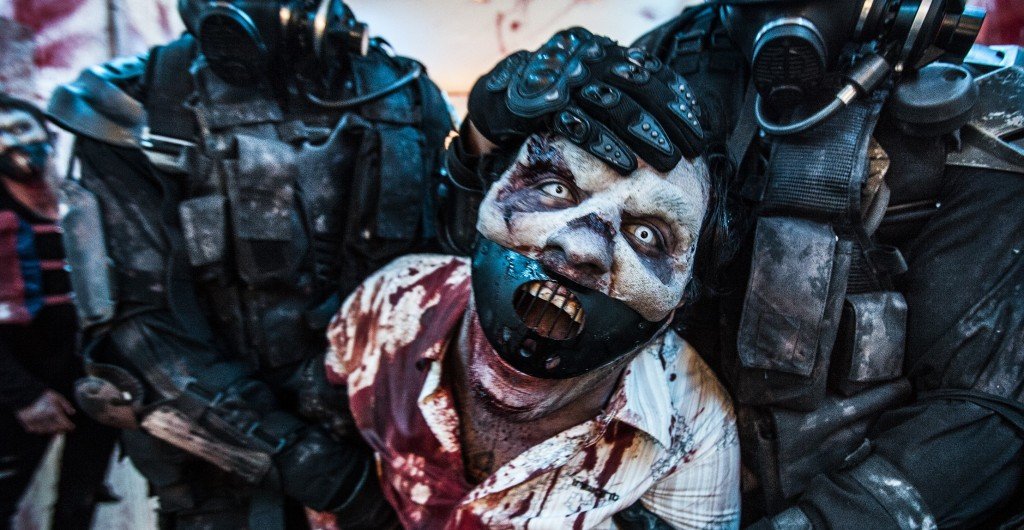 Described as a mix between Dawn of the Dead and Mad Max, Wyrmwood is receiving high praise around the internet. The grue-crew chime in on their reactions to all the zany zombie action from directorÂ Kiah Roache-Turner. The highlight of the film is easily the addition of Bianca Bradey as Brooke who goes through unimaginable transformation during the film. The action is fast paced and the gore if plentiful.

Dave starts off the review of Late Phases with a quick report from the Cleveland Wizard Comic Con where effects artist supremeÂ Robert Kurtzman brought some of the werewolf heads to display. Doc and Vixen report on their catching the film at the recent Nevermore Film Festival in Durham, North Carolina. The grue-crew sum up the film as a werewolf film, as a character piece and as a kick-ass horror film. 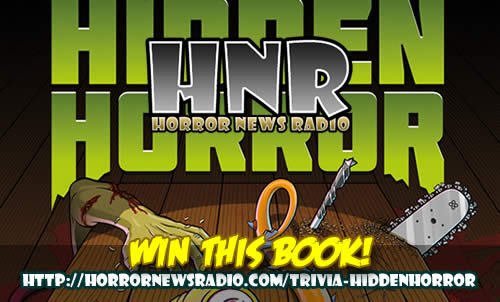 Dr. AC teams up with Horror News Radio to provide two copies of the Rando Hatton 2014 Awards best book winnerÂ Hidden Horror: A Celebration of 101 Underrated and Overlooked Fright Flicks. The fantastic reference material brings 101 authors together to discuss an under-appreciated “hidden” horror film that influenced their love for the genre.Â Entries will be accepted until Midnight (Eastern Standard Time), Â MarchÂ 8, 2015.Â All you need to do is complete the The Black Saint’s HNR Horror Trivia Question atÂ this link. The Anchor Bay Entertainment Fear ClinicÂ Blu-RayÂ giveaway is open to US addresses only.

Horror News Radio is teaming up with Magnolia HomeÂ Entertainment to hand out a DVDÂ copy ofÂ ABCs of Death 2. 26 new directors, 26 new ways to die.Â Congratulations to the winner of the DVD, Jeff Hernandez from Ohio.

Dave sharesÂ the Horror News of the Week with news about Neill Blomkamp receiving a green light for his vision for the next Alien sequel. Next he shares information about the synopsis and casting for the upcoming Ash vs. the Evil Dead TV series. Actress Judith O’Dea is returning to the Night of the Living Dead property for the independent feature from director Matt Cloude. And, yes, she is reprising the role of Barbara. What is all this nonsense about the trailer for the muck-fest Alien Tampon? Zack Snyder finally reveals the look ofÂ Jason Momoa as Aquaman for the upcomingÂ Batman vs Superman.

Reviews of SCREAM, QUEEN! MY NIGHTMARE ON ELM STREET and CONFESSIONAL

The Grue Crew are celebrating an enormous milestone this week. Yes, five years ago Doc Rotten, Dave Dreher, Thomas Mariani and the late Santos Ellin Jr. recorded the first episode of Horror News Radio. This week, the Crew are joined by Christopher G. Moore and Caitlin Turner to talkÂ Ready Player One. Steven Spielberg’s latest is […]

http://traffic.libsyn.com/docrotten/HNR332_Midsommar.mp3Podcast: Play in new window | DownloadSubscribe: RSSThis week on Horror News Radio: Samuel L Jackson is Chris Rock’s Dad in the next SAW…, The Soska Sisters bring RABID to Frightfest…, …and the Grue-Crew review… MIDSOMMAR This is HORROR NEWS RADIO, the official GRUESOME MAGAZINE podcast. Back with Doc Rotten once again are the scariest, […]

https://traffic.libsyn.com/secure/docrotten/HNR427-Sator-Review.mp3Podcast: Play in new window | DownloadSubscribe: RSSOn episode 427 of Horror News Radio: The Grue-Crew review… SATOR (2019, 1091 Pictures). Warning: possible spoilers after the initial impressions! Be sure to subscribe to the Gruesome Magazine YouTube channel to catch all the HNR episodes. And check out Patreon to see how to watch the recordings […]

https://traffic.libsyn.com/secure/docrotten/HNR426-TheReckoning-Review.mp3Podcast: Play in new window | DownloadSubscribe: RSSOn episode 426 of Horror News Radio: The Grue-Crew review… THE RECKONING (2021). Warning: possible spoilers after the initial impressions! Be sure to subscribe to the Gruesome Magazine YouTube channel to catch all the HNR episodes. And check out Patreon to see how to watch the recordings live! […]

GRUESOME GUIDE to the TOP 8 HORROR MOVIES for FEBRUARY 2021

https://traffic.libsyn.com/secure/docrotten/HNR425-GruesomeGuideFeb2021.mp3Podcast: Play in new window | DownloadSubscribe: RSSI am your host Doc Rotten and this is the GRUESOME GUIDE to Horror Movies for February 2021. Back with me again are the scariest, goriest, bloodiest co-hosts on the ‘Net. Joining me tonight is Podcasting Rock Star & International Cosplay Queen, Vanessa Thompson. A NIGHTMARE WAKES – […]

https://traffic.libsyn.com/secure/docrotten/HNR424-DontTellASoul-Review.mp3Podcast: Play in new window | DownloadSubscribe: RSSOn episode 424 of Horror News Radio: The Grue-Crew review… DON’T TELL A SOUL (2020). Warning: possible spoilers after the initial impressions! Be sure to subscribe to the Gruesome Magazine YouTube channel to catch all the HNR episodes. And check out Patreon to see how to watch the […]

https://traffic.libsyn.com/secure/gruesomemagazine/GMZ192-PsyhoGoreman-Review.mp3Podcast: Play in new window | DownloadSubscribe: RSSTonight, we review PSYCHO GORMAN (2020, RLJE). Doc Rotten from Horror News Radio. Jeff Mohr from Decades of Horror: The Classic Era. And Crystal Cleveland, the Livin6Dead6irl from Decades of Horror: 1980s share their thoughts about this week’s awesome collection of streaming horror films. Joining the crew is […]

https://traffic.libsyn.com/secure/docrotten/HNR423-PromisingYoungWoman-Review.mp3Podcast: Play in new window | DownloadSubscribe: RSSOn episode 423 of Horror News Radio: The Grue-Crew review… PROMISING YOUNG WOMAN (2020). Warning: possible spoilers after the initial impressions! Be sure to subscribe to the Gruesome Magazine YouTube channel to catch all the HNR episodes. And check out Patreon to see how to watch the recordings […]

https://traffic.libsyn.com/secure/docrotten/HNR422-30Coins-Review.mp3Podcast: Play in new window | DownloadSubscribe: RSSOn episode 422 of Horror News Radio: The Grue-Crew review… 30 COINS (2021, HBO Max). Warning: spoilers after the initial impressions! Be sure to subscribe to the Gruesome Magazine YouTube channel to catch all the HNR episodes. And check out Patreon to see how to watch the recordings […]

SHADOW IN THE CLOUD (2021) Review – Amazing! Moretz is today’s Ripley

https://traffic.libsyn.com/secure/docrotten/HNR420-ShadowintheCloud-Review.mp3Podcast: Play in new window | DownloadSubscribe: RSSOn episode 420 of Horror News Radio: The Grue-Crew review… SHADOW IN THE CLOUD (2021). Be sure to subscribe to the Gruesome Magazine YouTube channel to catch all the HNR episodes. And check out Patreon to see how to watch the recordings live! This is HORROR NEWS RADIO, […]

https://traffic.libsyn.com/secure/heroesanddroids/HND034-WW84-Review.mp3Podcast: Play in new window | DownloadSubscribe: RSSWelcome to HEROES & DROIDS, your guide to pop culture movies and TV! This week we review… WONDER WOMAN 1984 (2020, HBOMax) On HEROES & DROIDS, we discuss pop culture about Superheroes, Sci-Fi, Disney, and Action. From Marvel to DC, from Star Wars to Star Trek, From James […]