Dwayne The Rock Johnson stars in this year’s apocalyptic CGI-laden disaster film, SAN ANDREASÂ from directorÂ Brad Peyton and writer Carlton Cuse.Â Carla Gugino, Alexandra Daddario, Paul Giamatti, Ioan Gruffudd, Hugo Johnstone-Burt and Art Parkinson support the special effects and the Rock as Super-Dad. The film is stupid in so many ways but manages to be awesome regardless of the most insane destruction and impossible feats of heroism…ever. The Black Saint proclaims The Rock is a god.

DaveÂ dishes a new plate of HORROR NEWS OF THE WEEK with the sad news about the passing of Betsy Palmer, the possible casting of Dwayne Johnson as Jack Burton and the retirement of legendary make-up artist Rick Baker. Also, Joseph Perry returns with a thirdÂ report from the Â Jeonju International Film FestivalÂ with a new set of horror movie reviews from abroad.

Co-hostsÂ Doc Rotten,Â Santos (The Black Saint) Ellin Jr.,Â Dave Dreher,Â Thomas MarianiÂ andÂ Vixen, the voice of reason, are back again this week to give you the best in horror as they recap, review and obliterate all that is horror this week!Â Doc announces a new contest as HNR teams up with Arc Entertainment for a Private Number DVD giveaway.

When the earth shakes rattling San Francisco in San Andreas, they will feel it on the East Coast. Or so warns Paul Giamatti. The amount of destruction and implausible effects and disaster is exhausting eye candy. The Rock manages to squeeze out a tear or two as he fights to save his daughter, Alexandria Daddario, from a building sinking into tsunamiÂ soakedÂ streets. The grue-crew all realize that the movieÂ is preposterous but cannot deny the film’s appeal and entertainment value. The film is fun.

Horror News Radio is teaming up with Arc Entertainmnet to provide a DVD giveaway of their film PRIVATE NUMBER featuring Judd Nelson, Tom Sizemore, Hal Ozsan & Nicholle Tom. Contest is open to US addresses only. The deadline to enter is June 7, 2015. Check out https://horrornewsradio.com/trivia-privatenumber for more information. 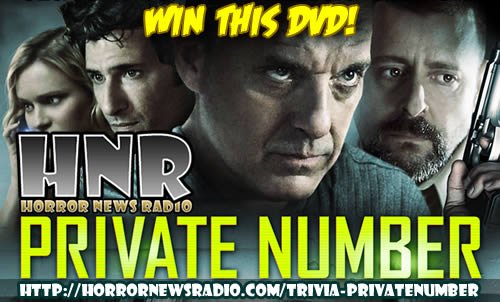 DaveÂ sharesÂ the Horror News of the Week with news ofÂ the passing of Betsy Palmer, Mrs. Voorhees in the original Friday the 13th. The Rock remains in the news with the announcement that he is in negotiations to produce and star in the remake of Big Trouble in Little China. Blumhouse steps in to wrangle control of Eli Roth’s The Green Inferno announcing the film’s release…finally. Rick Baker, the man behind An American Werewolf in London and many more horror films, is planning on retiring from the business. The trailer for the independent film Volumes of Blood promises a unique anthology film.

HNR is proud to announce the first HNR HORROR T-SHIRT featuring Dracula’s Soul Brother with a killer design from HNR uber-fan Chad Hunt. Check it out! ARE YOU ILL, SIR?
https://horrornewsradio.com/blacula 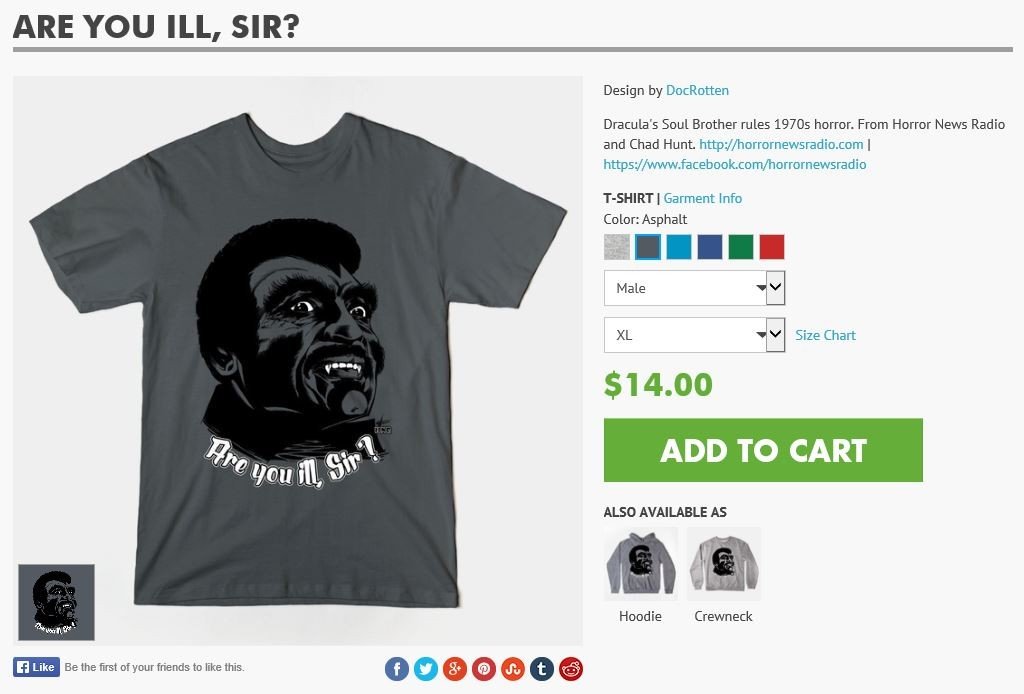 Fans of theÂ [REC]Â series rejoice, Doc, The Black Saint, Dave, Thomas and Vixen review the fourth in the franchise,Â [REC] 4: Apocalypse. Angela returns to the series as she is taken aboard an oil tanker to be examined and probed. Will the film live up to the first two films – classics in their own right – […]

Ireland to be missing key players in Denmark

Ireland will be without defender Richard Keogh, midfielder James McCarthy and forward Sean Maguire for their World Cup playoff against Denmark which kicks off with the first leg on Saturday. Keogh has a groin problem while McCarthy and Maguire are suffering with hamstring strains, the Football Association of Ireland said on its website (www.fai.ie) on […]

https://traffic.libsyn.com/secure/docrotten/HNR380-HannibalS01E01.mp3Podcast: Play in new window | DownloadSubscribe: Android | RSSOn this episode of Horror News Radio: The Grue-Crew review… HANNIBAL (2013) Season 1 Episode 1. Be sure to subscribe to the Gruesome Magazine YouTube channel to catch all the HNR episodes. And check out Patreon to see how to watch the recordings live! This is […]

https://traffic.libsyn.com/secure/docrotten/HNR377-UselessHumans.mp3Podcast: Play in new window | DownloadSubscribe: Android | RSSOn this episode of Horror News Radio: The Grue-Crew review… USELESS HUMANS (2020). Be sure to subscribe to the Gruesome Magazine YouTube channel to catch all the HNR episodes. And check out Patreon to see how to watch the recordings live! This is HORROR NEWS RADIO, […]

Review of BLADE: THE IRON CROSS

https://traffic.libsyn.com/secure/docrotten/HNR377-BladeIronCross.mp3Podcast: Play in new window | DownloadSubscribe: Android | RSSOn this episode of Horror News Radio: The Grue-Crew review… BLADE: THE IRON CROSS (2020). Be sure to subscribe to the Gruesome Magazine YouTube channel to catch all the HNR episodes. And check out Patreon to see how to watch the recordings live! This is HORROR […]

https://traffic.libsyn.com/secure/docrotten/HNR375-Scoob.mp3Podcast: Play in new window | DownloadSubscribe: Android | RSSOn this episode of Horror News Radio: The Grue-Crew review… SCOOB! (2020). Be sure to subscribe to the Gruesome Magazine YouTube channel to catch all the HNR episodes. And check out Patreon to see how to watch the recordings live! This is HORROR NEWS RADIO, the […]

https://traffic.libsyn.com/secure/docrotten/HNR373-Followed.mp3Podcast: Play in new window | DownloadSubscribe: Android | RSSOn this episode of Horror News Radio: The Grue-Crew review… FOLLOWED (2020). Be sure to subscribe to the Gruesome Magazine YouTube channel to catch all the HNR episodes. And check out Patreon to see how to watch the recordings live! This is HORROR NEWS RADIO, the […]

https://traffic.libsyn.com/secure/gruesomemagazine/GM122-ScarePackage.mp3Podcast: Play in new window | DownloadSubscribe: Android | RSSDoc Rotten from Horror News Radio. Jeff Mohr from Decades of Horror: The Classic Era. And Crystal Cleveland, the Livin6Dead6irl from Decades of Horror: 1980s share their thoughts about this week’s awesome collection of streaming horror films. Joining the crew this week is Horror News Radio […]